The Truth of It

HOME / Young Adults / The Truth of It

The Truth of It

I’m a huge Will Smith fan. Over the past few months I was eagerly anticipating the release of his latest film, Concussion. Somehow I missed its release at the cinemas, and I’ve been kicking myself for it. I finally got to watch it last night, as my wife and I streamed it online (legally).

I found the story inspiring – and not only because it starred Will Smith! It was inspiring to me because it tells the story of a man who lives his life so fully that he impacts the world in a real way.
If you don’t know the film, it’s a re-telling of the real life story of Dr Bennet Omalu, a brilliant forensic pathologist.

While working in a Pennsylvania coroner’s office, he performs an autopsy on a former National Football League (NFL) player, Mike Webster, in whom he discovers a degenerative brain disease caused by numerous head traumas from playing football. Omalu publishes his findings and challenges the NFL to do more to protect its players.

Of course, a money making machine as big as the NFL doesn’t accept Omalu’s findings, which would diminish their product. The NFL ignores Omalu and tries to shut him down.

Here is the crisis of the story: Omalu is faced with the choice between telling the truth and facing further ridicule; or drop the whole thing and protect his reputation. It’s not easy choice – Omalu isn’t just challenging the NFL organisation, he’s challenging an American ideal and culture itself. It’s in the centre of this crisis that the movie depicts a moving conversation between Omalu and his wife. Omalu’s wife reminds him that he has a truth and urges him to tell it.

That might sound simple, or it might sound fluffy – let me break that down a bit more. What it means is that we all have truths in our lives: the truth of where we come from, our family upbringing, our significant experiences, our education. As Christians we have a particular religious truth of beliefs and lifestyle. As a married man, I can look at my wedding ring daily and be reminded of the vows I made with my wife – those are truth.

As we go about every day, we have a routine or a job or we go to school and study and we have relationships – all because it’s true that we need to earn money or learn things or interact with others. Because if these things weren’t true, human life would look drastically different.

I believe at the core of who we are there’s a truth of who we are. In fact, I think there’s several truths. There’s the basic truths, things we need to do to survive like eating, drinking, sleeping, working, etc. Our history and past, is true to each of us, both our individual history and our collective/communal/cultural history.

And then there are the truths that we just can’t let go of, the themes that run through our lives and point us to the future, be it a passion for justice or for education or for mission or for cooking food or for creative arts, etc. It could be anything, but it’s why we work in or do what we do – or why we hate what we do for work.

Why the emphasis on truth? I used to rely heavily on the word “passion”, but when you look at our consumer culture, anything can be a passion. And I mean, anything. The most currently downloaded phone app is one that transposes a constructed world on top of reality (sorry Pokemon Go fans). Passion doesn’t necessarily lead to anything concrete.

Applied to vocation, we can see then that so many things can get in the way of discerning our call. Our consumer society, with its multitude of products, offers constant distraction. I think we even get in our own way, obsessing over options. At one point in the movie, the biggest obstacle in the way of Omalu’s work is not the NFL, it’s himself, going back and forth about whether he should pursue his fight against the NFL’s officials or drop it and go home.

I’ve experienced this in my own life: after I left the seminary in 2010, I spent a good two-three years wondering and obsessing about whether I’d made the right choice. The reality is that in my obsessing I was stopping myself from actually making that choice to move on.

In Dr Omalu’s case, the truth of his work was recognising the dignity of each person he autopsied, allowing their life to be respected in death. Even if he didn’t challenge the NFL about brain injuries, his life and work would still have tremendous meaning for himself, but also for his co-workers and for the families of his patients.

Know your truth and live it. Or, as St Catherine of Sienna put it, “be who God made you to be”. Take the time to ask yourself and know who you are and why you are, truthfully. This is the step of discernment that we can all come back to periodically throughout life.
Because it’s the step of discernment where it becomes more than introspective navel-gazing and vocation becomes real and lived. Know your truth, but also live it. That’s the story of Dr Omalu, it could be our story also. The real Dr Omalu, portrayed by Will Smith in the movie Concussion 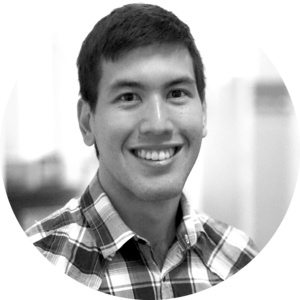 Adam grew up in the southern suburbs of Brisbane, graduating high school at Trinity College in Beenleigh. He has completed a Bachelor of Theology at Australian Catholic University as well as a Certificate IV in Leadership and Ministry. He is the Executive Officer at Vocation Brisbane and recently married his wife Jade